The Media Cubs Logo. Usually at school, I go to an after school club on a Wednesdays called media Cubs. It is run by a journalist who is also my friends mum. At the club, we debate, share our point of views on news, create our own news reports and write our own newspaper too! It is something I really enjoy taking part in. When the school shut down we could not meet each other like we used to before but that did not stop us getting involved more. On a Wednesday afternoon, the teacher/leader (us Media Cubs like to call her 'Big Boss')of the club came by to talk about some questions I wrote a few days earlier that I would like to ask Boris Johnson himself and to talk about the breaking news of George Floyd's story and what people are doing about it. We decided to take a walk in the park together (which was only a house away) and talk about it there. We talked about how I felt about George Floyd and I said that it was heartbreaking to see that people are doing nast
2 comments
Read more 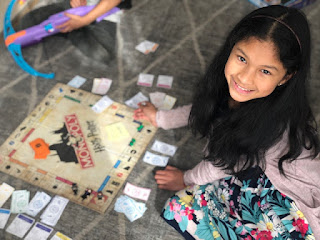 Me with the game Two days ago, my mum had a fantastic idea to create our own Harry Potter Monoply to play as a family. 😀We printed the paper for the board that I cut it out extra carefully. The next day, we got some unused cardboard and turned it into the gameboard. We printed the money and the title deed cards and cut them using the slicer. We used a recycled box to make the place to put the game and figures inside. Then, we printed the bottom for the box and stuck it on. After that, we wanted to print the top of the box but we unfortunately had no ink left!😞 At night, after we had iftar and salah, we played the Monoply and it was AMAZING!!! We all were so into the game that we played until midnight!😅A few days later, the ink finally arrived and we printed the top of the box to complete everything. The game turned out to be spectacular. Instead of regular chance cards and chest community, there were potions and spell cards. E.g. One of the potions cards said to go directly to
5 comments
Read more 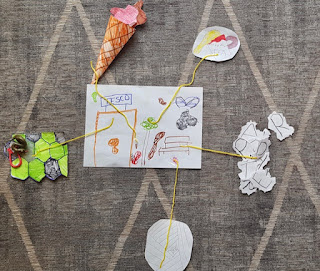 On Thursday the 23rd of April, my sister and I were doing English with Holly on Sherlock Holmes and the Mystery genre. The video included tips on writing a fantastic mystery story. Some of these tips were to include: Foreshadowing - hint to the readers to expect something (don't make it too obvious) Obscure Hooks - enough secrecy Mysterious identities - what they look like Subvert Expectations - a twist Urgency - give it a limited time What to make sure of: The detective needs to be notable. The criminal needs to be a worthy opponent. The crime needs to be significant. These are important key features and it must be included in the story: Witness - Someone who can provide valuable information. Suspects - The people who may have been involved or may have taken part in the crime. Victim - Someone who has suffered because of the crime. Detective - A person who attempts to to solve a mystery by gathering clues. Red Herring (optional) - A false lead or false s
2 comments
Read more 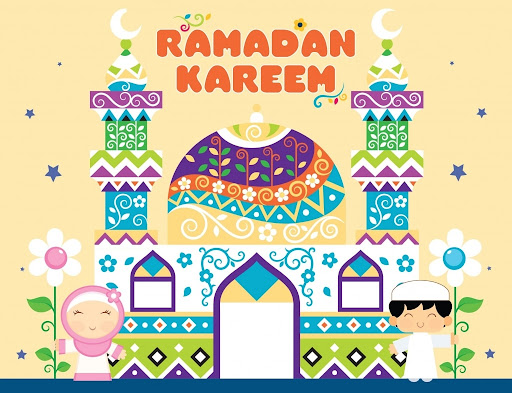 Happy Ramadan!!! For those who know what Ramadan is, are you fasting this year? Tose who do not know what Ramadan is, Follow this link below to find out more about Ramadan. https://www.bbc.co.uk/newsround/23286976 Because we are fasting, we have a meal before sunrise called Sahoor. It is at four in the morning. I had rice with chicken for Sahoor and some yoghurt separately. After sunset, we would have another meal called Iftar and that is when we break our fast. Usually, we would eat dates first and pray then eat our main meal.😋 Last year, I was in Malaysia with the rest of my family for Ramadan and I also was at home too. We had fasted for about 18 hours in the UK and in Malaysia it was 14 hours. It would normally feel the same as fasting in the UK because Malaysia is a hot country. Iftar is a big meal we would eat because we had fasted for a long time. Imagine not eating lunch, having a really early breakfast and having a late dinner! Last year, we also bought some calendars
2 comments
Read more 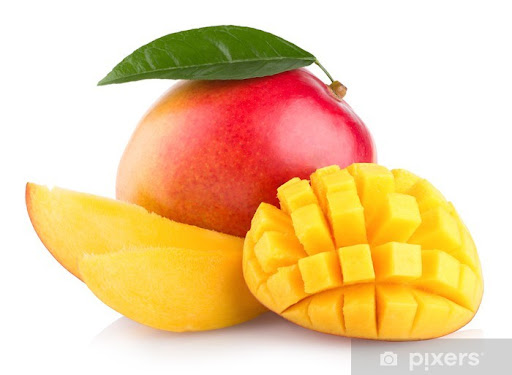 Today, I did an english lesson with Holly and today was about the qualities for a poem. I had to chose a fruit and write a peom about it after discussing the qualities. The qualities for a poem Alliteration - The first letters of a word being the same with the naxt after it. Eg. pointy pants, sugar sweet. Onomatopoeia - a word sounding like a noise. Eg. Crack! Smash! Personification - describing a thing with an action a human does. Eg. trees dancing, the cherry laughing. Sibilance - repetition of the 's' or 'sh' sound. Eg. the slithering snake swept into the spooky skeleton house. Assonance - the vowel sound repeated. Eg. the fair pear in my hair, the slime crime takes time. Similes and metaphors - comparing something to something else. Eg. Simile - as fast as a cheetah, light as a feather. Metaphor - she was a long river, a boulder he was.  My poem As I sat down on the front door steps, Longing to taste the juicy, tropical fruit, I felt my mouth wa
5 comments
Read more 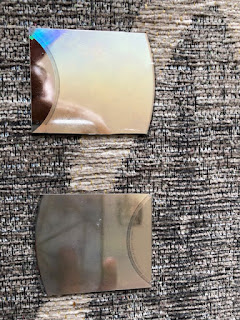 Recently, I made a homemade periscope and I wanted to share how I made it. For those who do not know how what a periscope is, it is an object that enables you to see above you without having to look look yourself. Normally, submarines include them. What you will need: Cardboard Coloured strong tape (colour of your choice) CDs Bucket Hot water (but not boiling)  Paper template A sharp knife Very strong glue Instructions 1. First, find a template online and print it out. 2. Cut the template out as you want it to be. 3. Then, trace the outline of the template on the piece of cardboard. 4. Next, cut it out. 5. Fold the cut out cardboard as the template shows to do or along the lines. 6. Get the two CDs and, with the knife, cut out rectangular pieces (mirror). 7. After that, glue the cardboard and mirrors (at a 45૦ angle) to make a periscope baseline. 8. To secure it, add the colourful tape all around it. 9. Finally, decorate it and it is finished. It should look
4 comments
Read more 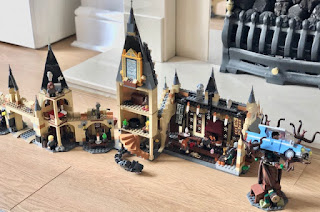 Basic Facts For Newbies Harry Potter is an orphan. Voldermort is the Dark Lord (the bad guy). Harry goes to a magical high school called Hogwarts. There are four houses in Hogwarts: Griffindor, Slythrin, Ravenclaw, Hufflepuff. There are ten subjects taught at Hogwarts: Charms, Defence of the Dark Arts, Dark Arts, Flying (a broomstick), Potions, Care of magical Creatures, Divination (Fortune-Telling), Herbology (magical plants), Alchemy, Ghoul studies. More facts for intermediets The animals for each houses are: Griffindor=Lion, Slythrin=Serpent, Ravenclaw=Eagle, Hufflepuff=Badger. The actor for Harry potter is Daniel Radcliffe. Draco Malfoy bullies Harry because Harry did not want to become friends with him in the first place. Draco's bodyguards are Crabbe and Goyle The workers from the Knight Bus are called Stan Shunpike and Ernie Prang. Facts for devoted fans Harry Potter broke approximately 80 wands when filming because he used them as drumsticks. Harry Pot
2 comments
Read more
More posts

Aisya Nazrim
Hi my name is Aisya. I live with my mum, my dad, my brother and my sister. I love playing on the piano; it helps me express my feelings in a song. I also love gaming on my nintendo switch. I am very good with origami, I can do specifically tricky folds and memorise some origami techniques very quickly. I hope you will enjoy reading more about my daily life.